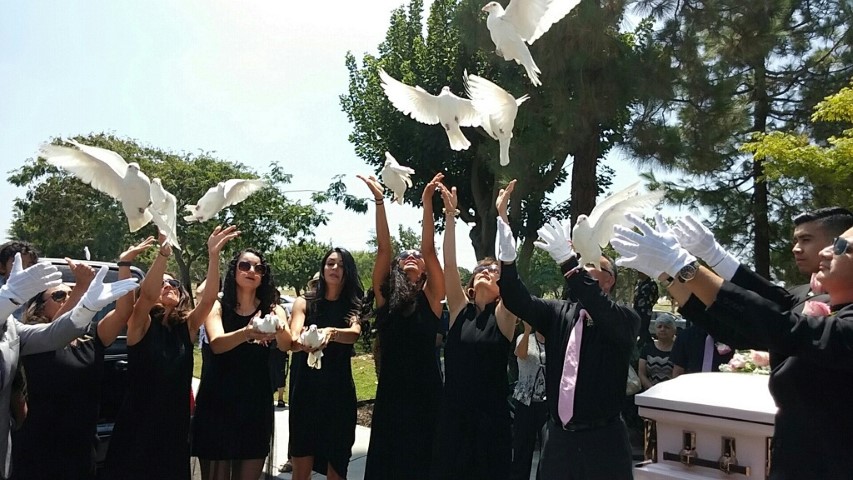 One way to honor your loved one as he or she passes into the heavens is with the release of a pure white dove.

It is your last tribute to the soul of your dearly departed.  These types of white dove releases can be done at the graveside, mausoleum, cemetery chapel, funeral home, or an appropriate location of your choosing.

Prior to the release, dove displays can be placed along side of the casket as an alternative to flowers, with a special personalized note attached to the cage.  At funerals and memorials, the dove release memorial is the final part of the service.  The release is often accompanied by a heartfelt poem that is read by a close family member or clergy/official.